skip to main | skip to sidebar

Down the rabbit hole.

The weekend was a nutty one, starting with the usual listening to Imdy's set at SR and the insanity that insues there. Friday night Vampy pulled Imdy and I along with her on the Bunny Hop. I have lots of basically useless items that I need to go through now, but I had fun hanging out with friends and making fun of people for not being able to find eggs. 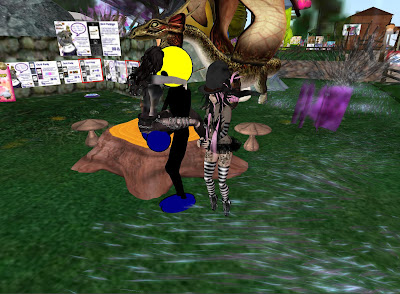 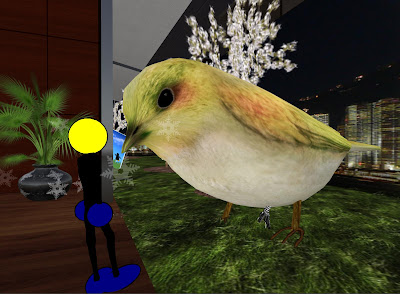 This huge bird ate Imdy and was still hungry for more! 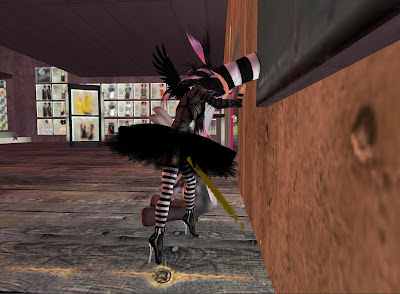 Saturday night, not so eventful but I did have fun at SR and staying up until 8 am talking to Kit. I made this shirt for her. While its totally noobified, it is pure win. 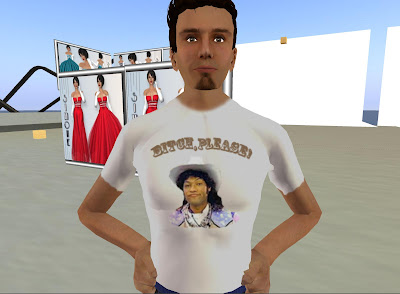 Yes, that is Laurence Fishborne in a cowboy hat with jeri curls. Bitch, please!

Sunday night started out with more item making for Kit, this time a fez hat. I really can't remember why she wanted one, but I was bored enough to oblige. After her shift at SR was over we headed to CrazyLeighs place to see a skybox he built. Very nice CL. As usually happens when people are standing there looking at eachother and doing nothing else, gestures and animations started getting played. CL pulled out some crazy floppy animations that made us all look like rag dolls. Soon after I was getting flying karate kicked off the mountain by Kit, which of course lead to me telling her what this is. THIS IS SPARTA! 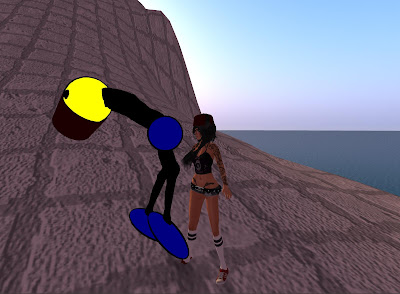 Kit put on this rabbit eared hoodie she got from the Bunny Hop. I demanded I get one as well, so she brought me to the store and I picked one up. 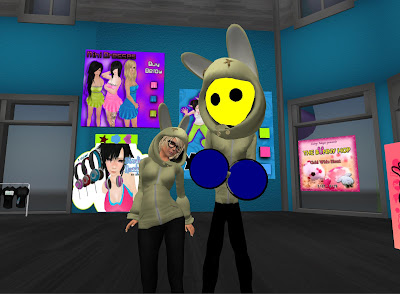 This is how we roll, bitches!

After hanging out at that store for probably an hour talking, I started to wonder what the fuck we were doing there. Kit didn't like that I was too lazy to pick a place to hang out and insisted that I do so. I apparently took much too long though because she remembered somewhere that she really needed me to see. I forget the name of the sim...Bondage (something). We stood there in our bunny sweaters, not saying a word in open chat. Needless to say, for a sim that had over 40 avatars in it, ones like this were some of the best they had to offer. 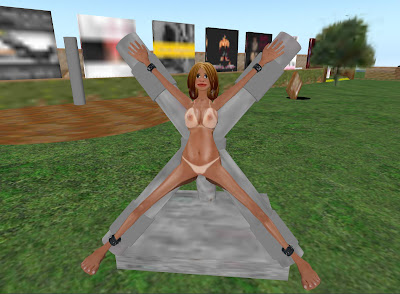 Damn blogspot and its small image size. The face on this...thing was just horrible! 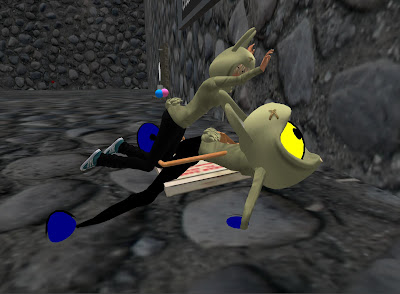 Apparently, getting stuck in a giant mouse trap and fucked from behind is a popular sexual position.

The night ended at 8 am once again, with Kit goin out to do some early partying with her friends and me likely starting to get on her nerves a bit. I found this disturbing rabbit head in my "gifts" from the bunny hop. I think I'll wander around like this for a day or so. 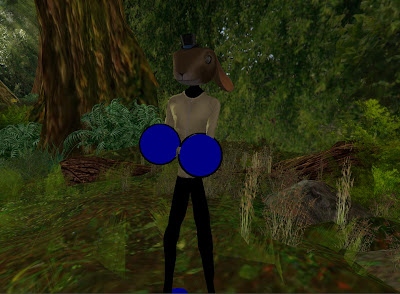 Posted by Karl Greenstein at 8:20 AM